Welcome to a blog now shared by one, two, um... four people. Wipe your shoes off on the mat and delve into the posts featuring rants, museum pictures, and some cool facts. Nerds of all kinds welcome.

As you (hopefully) know, I started off my interview series with Julio Lacerda four months ago in January, when the blog was just in its toddler days. No, this is not another interview, but I would like to feature some of his newer art to show how he's improved over that four-month period. 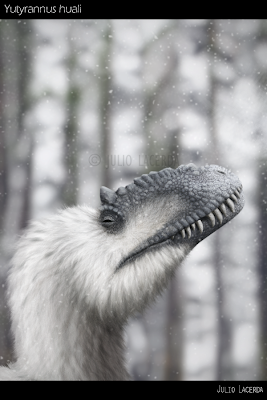 Lacerda's Yutyrannus has to be one of my favorite representations of it so far (no offense to anyone else). The white feathers and snowy background reminds me of his Gorgosaurus pieces. 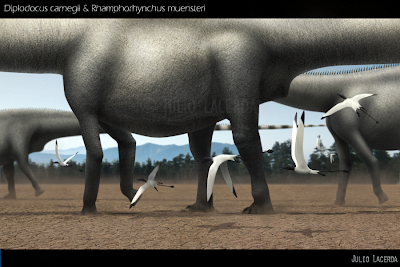 Anyone remember how I said "Diplodocus Parade" was one of my favorites? Yeah, it just got even better. This was done for his one year deviantART anniversary, if I recall correctly. Purely magnificent. 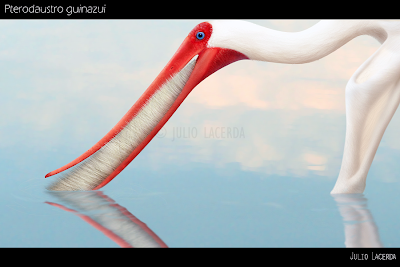 Julio's Pterodaustro is only the second one I've seen without pink colouration (one of those paleoart memes), and the first I've seen based on the white ibis. 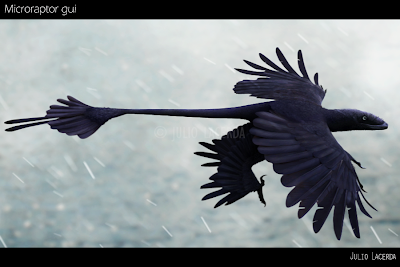 An elegant Microraptor in flight. 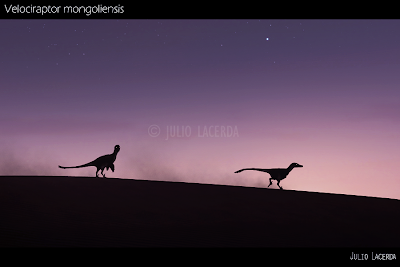 Lacerda's prehistoric creatures are very natural-looking and this one reminds me of a nature documentary. 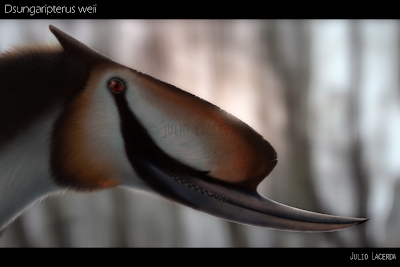 Julio pictures Dsungaripterus as elegant and beautiful, the first one I've seen. It's based on a great crested grebe, it looks like, and how could you ignore that smile? Wonderful. Keep doing what you're doing, Julio, you're getting even better.